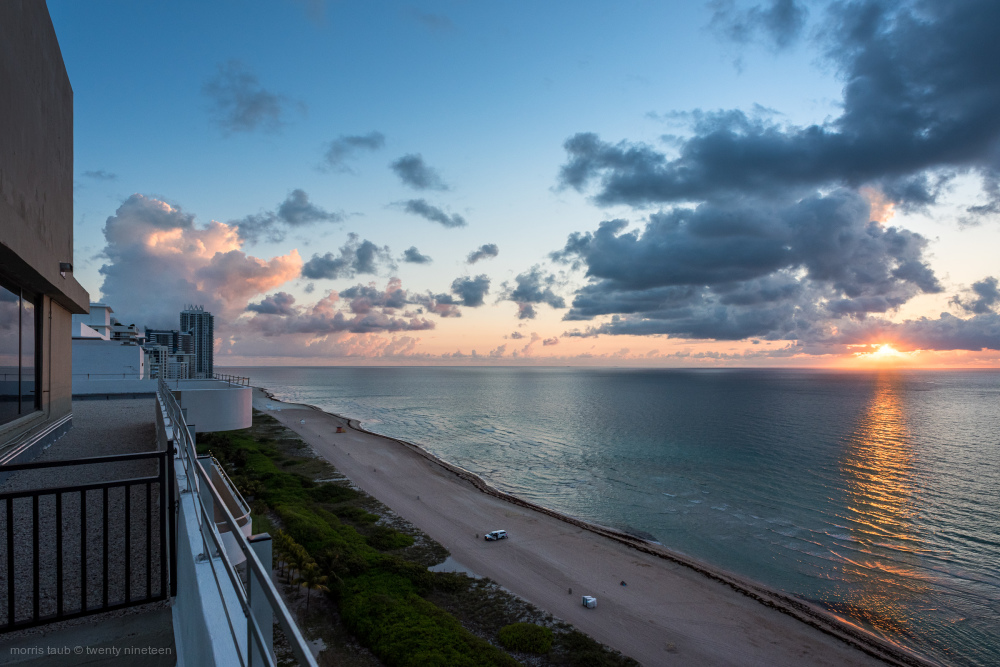 Previous Next
← previous day next day →

Seascape, 8 June 2015 sunrise 6:37 am, Miami Beach, Florida...this is at 55th street level on Collins Avenue, looking north. This shot taken from the top of my parents old building, the penthouse level where there was an outdoor solarium and indoor gym.

Mother languished downstairs. Not recognizing her own apartment of 25 years. Some days packing a small bag with her medications ready to leave, to go home. It was hard to believe but it was happening right in front of me. She gradually lost touch with her past here. Sometimes thinking she had the same apartment in New York or Mexico. Sometimes thinking it was my apartment and asking if it was ok to leave her things about the place.

It was a struggle. That line between wanting to correct her mistakes and accepting her new view of the world so we didn't contradict her too much. A health care professional made it clear that pushing too much against her belief of what was real would make her feel insecure and frightened. So, we played along with her new views so long as it did not hurt anyone. I did however reassure her each time that she was home, it was her apartment, and she could stay as long as she liked.

American Suburb X. Photography and interviews of some well known and not so well known photographers. A great mix of different styles, subject matter, and perspective on what photography can be.